All Collections
FAQs
Artists
What is Layer Grouping?

What is Layer Grouping?

Throughout our gallery you'll see two types of tokens, Masters and Layers (see here for more info). For the sake of clarity, in this article we'll refer to these final Layer assets as Layer Tokens. This is because a single Layer Token can actually contain more than one Layer.

So a Master like this might have 3 Layers. And each Layer would have its own title seen on the left here. 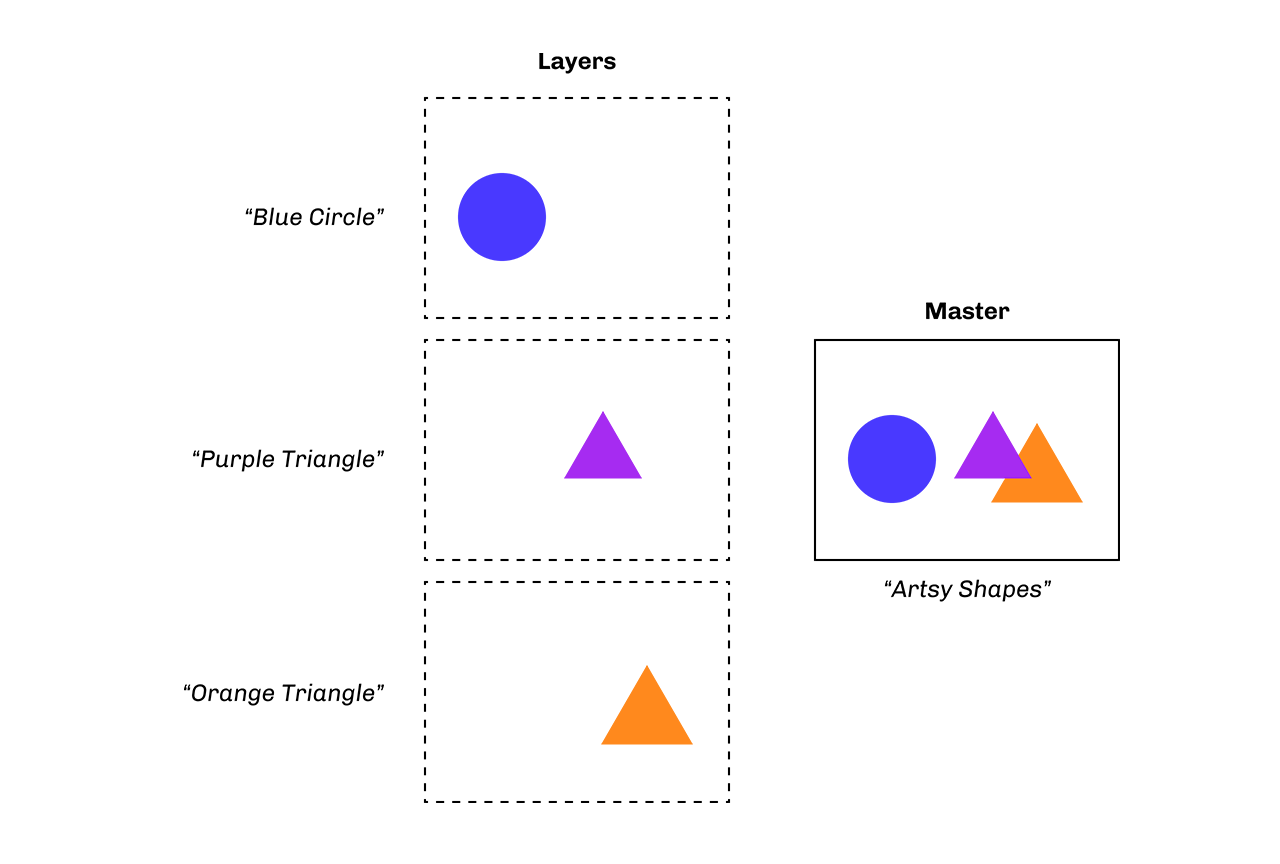 Each of these Layers has their own States (see recap). In this example, the artist has created 3 States per Layer. Each with varying amounts of transparency. 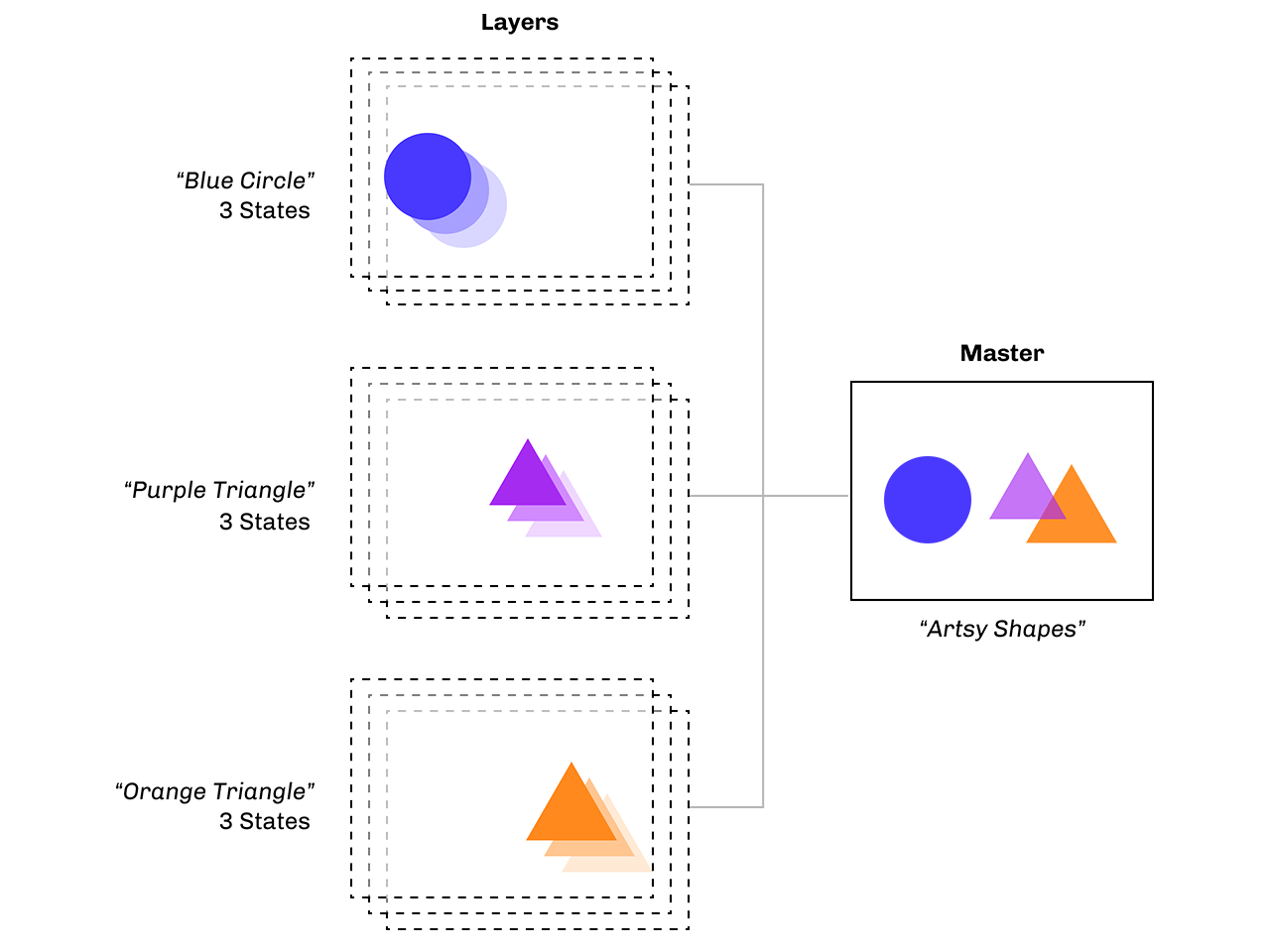 If we were to mint this piece as is, you'd get 3 Layer Tokens (Blue Circle, Purple Triangle, Orange Triangle) and 1 Master Token. Each token would have its own Cover Image as well. More on Cover Images. 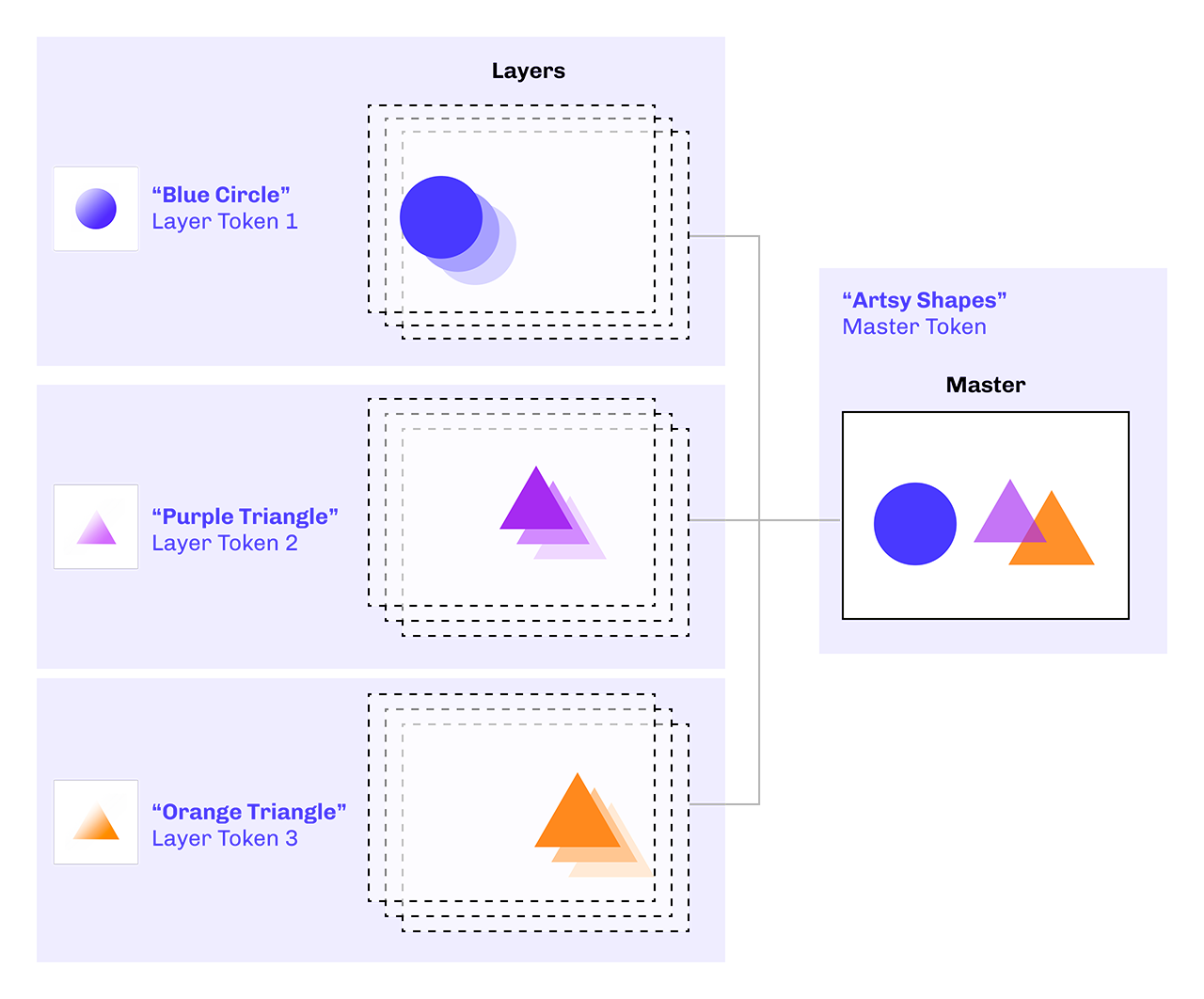 But for simplicity's sake, what if you wanted 1 owner to own both triangles as a set? This is when you'd use Layer Grouping. If you grouped both triangle Layers under one Layer Token it would look like this. You'll also notice that this new Grouped Layer has its own title and Cover Image. 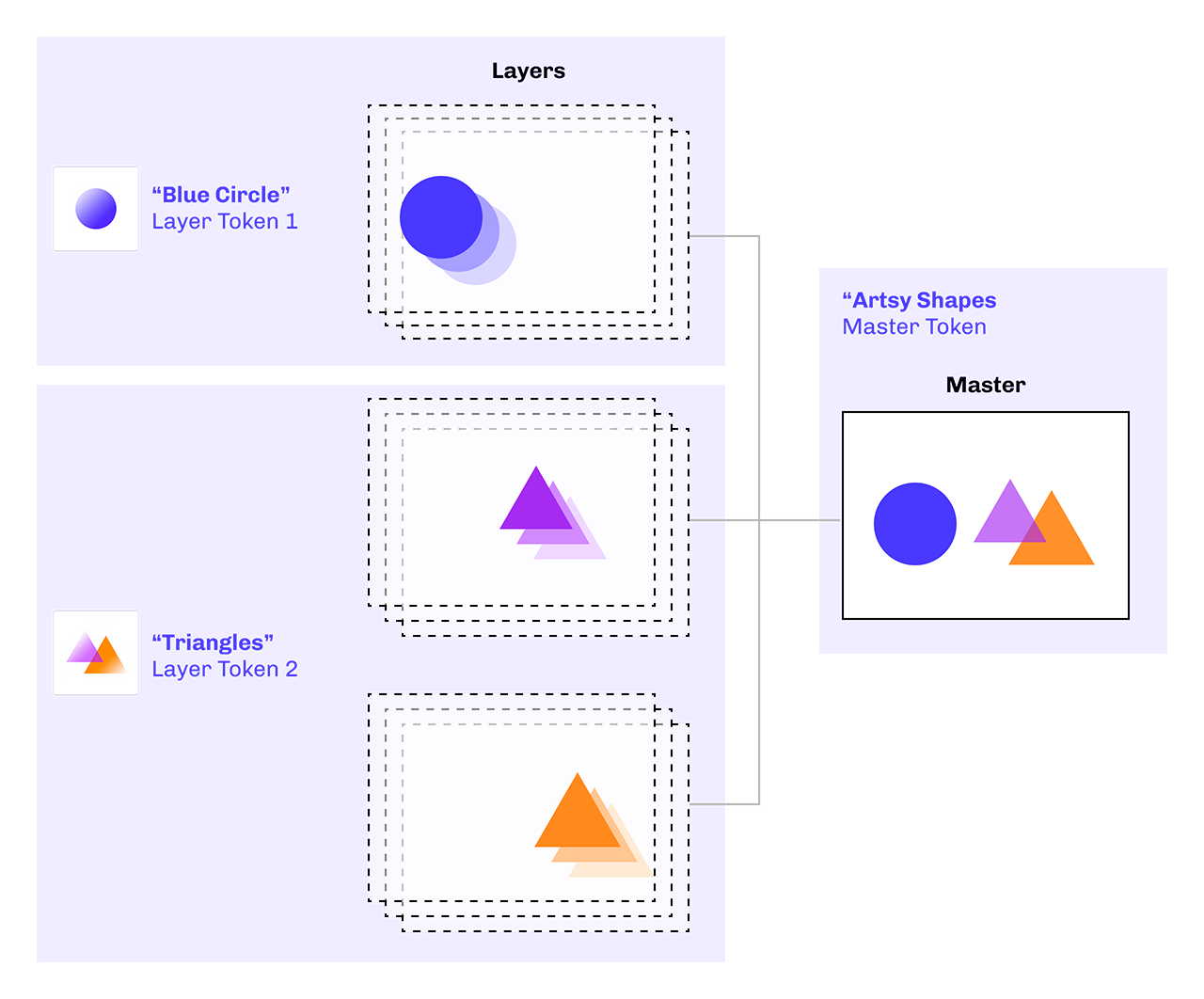 So how does all this translate to the front end when you mint your piece? The above example would look like this on our site: 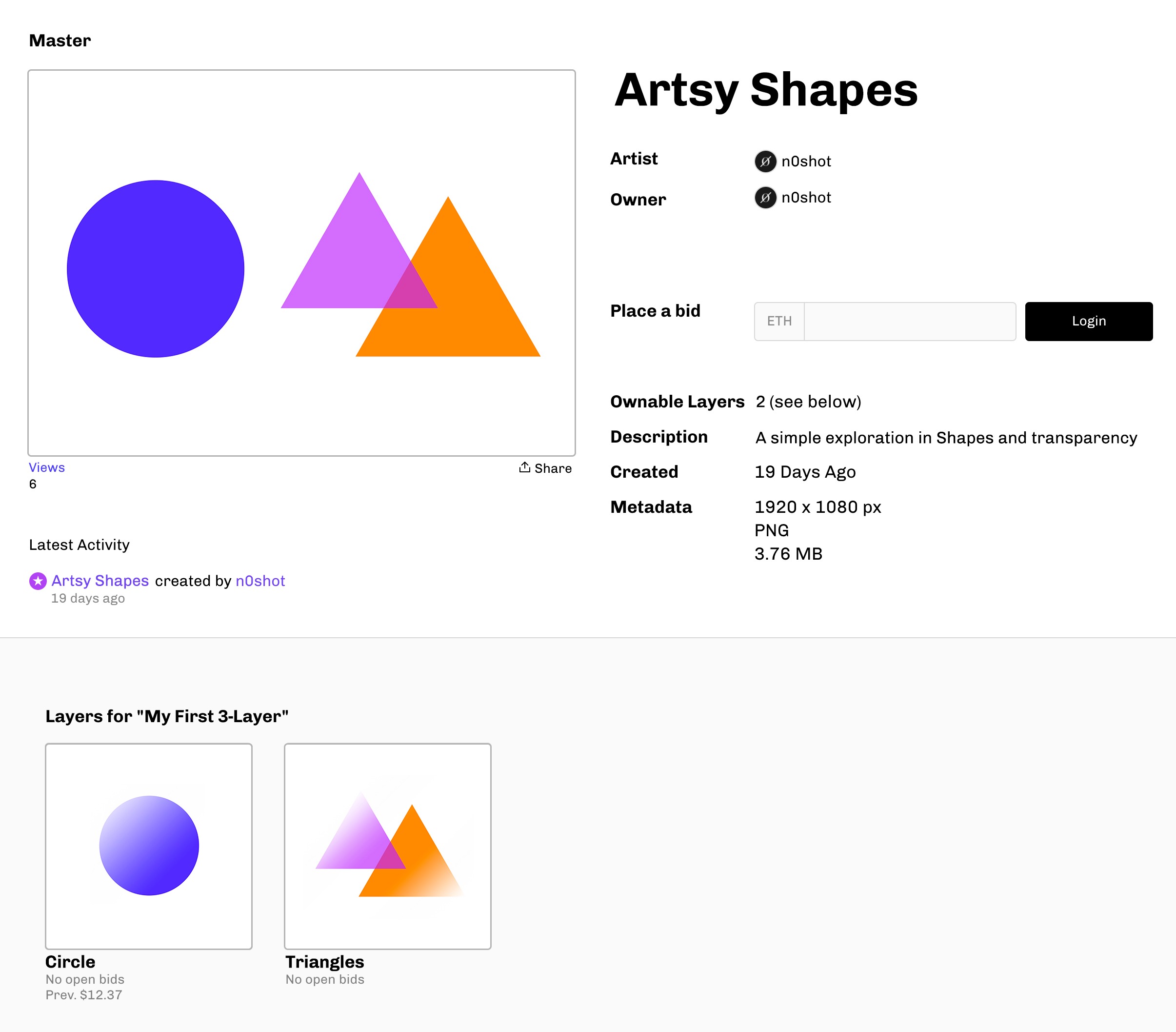 And if you owned these Layers and went to change the state you would see this: 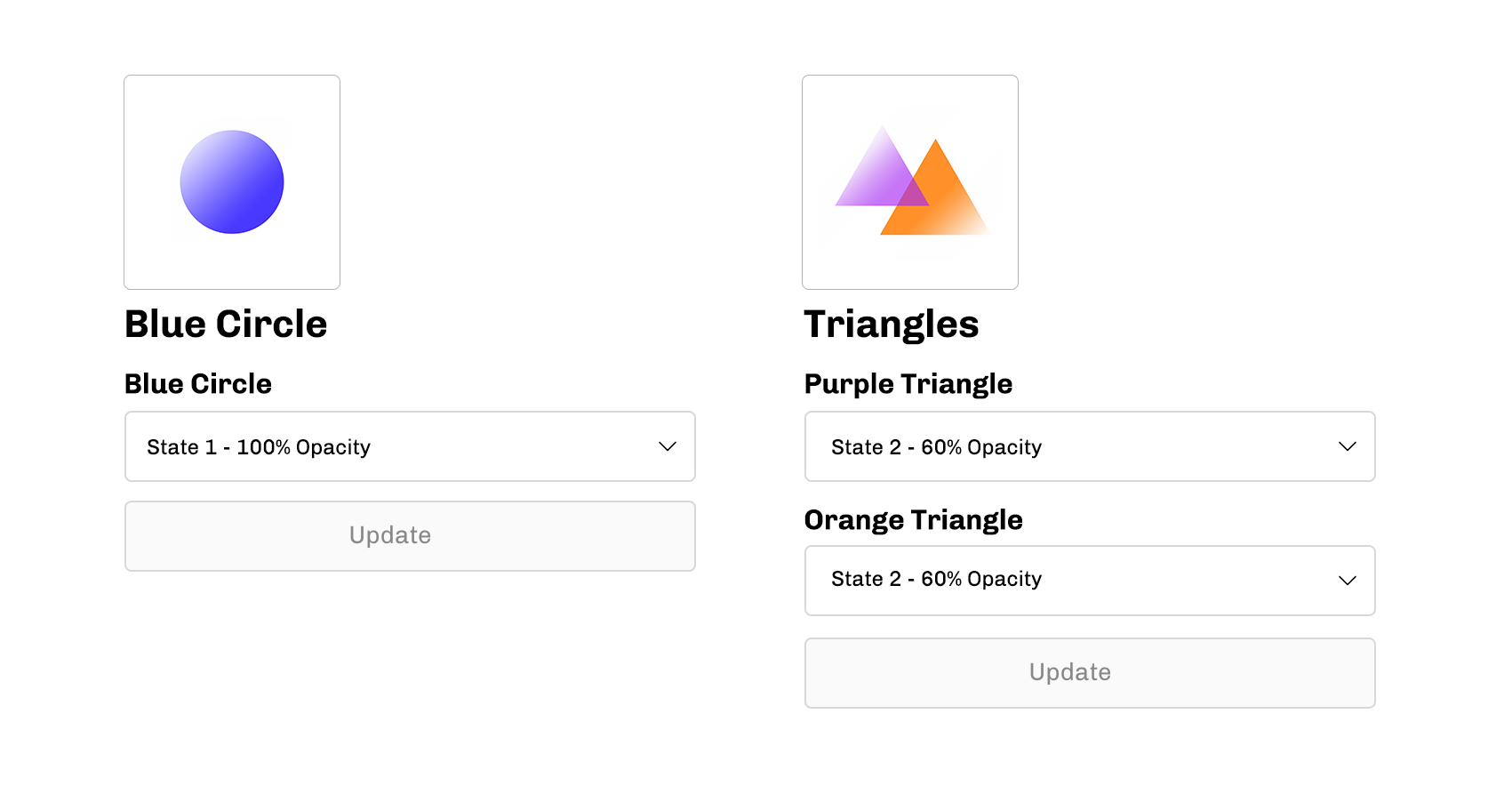 You can see the original Layer titles for Purple Triangle and Orange Triangle show up here as subheaders.

The above was a very simple example, but this can be used to help make each Layer you sell more powerful for their owners by providing multiple levers for them to pull on.

For instance, maybe one Layer Token controls all clothing accessories on a character. From the collector's perspective they see a Layer Token called "accessories" and after purchase find multiple drop-downs for each accessory like "Hair", "Jacket", "Shoes", etc... They could then choose any combination of these accessories and push one update to the blockchain to see the result on the Master.

Did this answer your question?